This all seems to play into the inherent themes that we're being processed with recently....centering around British film directors. Nolan (Batman) Boyle (Olympics) & Scott (bridge jump). 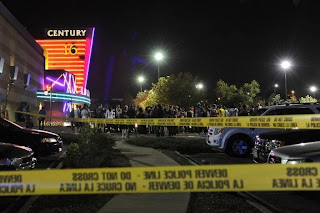 These phases have been occurring around the 'dog days' (sirius) July thru August. 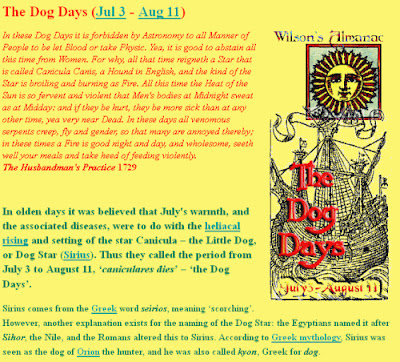 
Ancient authors said that the day this star first rises in the morning, the sea boils, wine turns sour, dogs begin to grow mad, people get bilious, febrile, hysterical and crazy, and animals grow languid. How do you feel so far? The days are usually hotter in the Northern Hemisphere, so this was probably the reason for their superstition.

Both acts...of Holmes & Scott could be considered to be CRAZY!

The Aurora (Dawn) incident invoked a 'fiery dawn' and Scott & Gallagher invoke 'a watery end'...perhaps aspects of duality and opposing forces at work.

Holmes 'opened' FIRE at the Aurora. 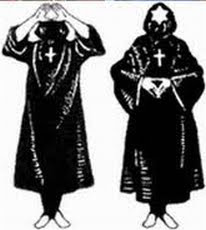 The Joker's...and The Joker dressed as a nurse.

2012...has seen aspects of water and death throughout. 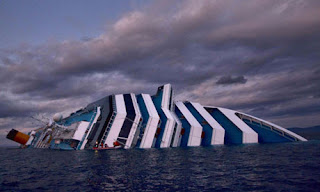 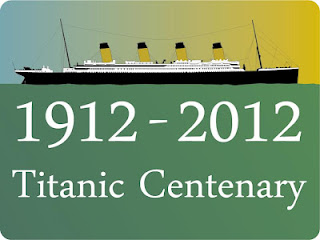 The centenary of Titanic sinking.

Did anyone even consider the possibility that this (Tony Scott) was a case of "masonic apoplexy"? A self sacrifice after having served the cause. His major 'propaganda piece' was Top Gun (probably in league with the Pentagon), which did more for military recruitment than literally any other film FFS! The 'homosexual' subtext in Top Gun seems to have totally flown by (pun intended) most folk too. Tony & Ridley was and are blatantly 'masonic' film makers....perhaps two of the most obvious, in fact!

When I was researching in the archives of the 1832 "Penn Yan Anti-Masonic Enquirer" at Olin Library at Cornell University, a certain phrase repeatedly cropped up, "Masonic apoplexy." It referred to Masons who committed suicide after perpetrating crimes. Do the job, then kill yourself; that's the program and has been for hundreds of years. Michael A Hoffman

Recent events have had well known British film director's completely in the cross-hairs... 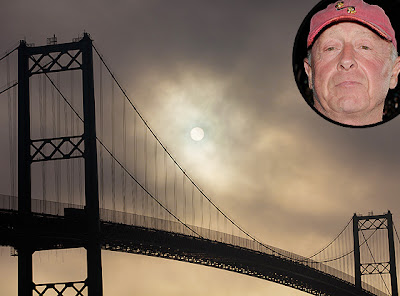 Prometheus, where Tony Scott was a producer... and brother Ridley director.


One Engineer stands on a cliff side by a waterfall; his mothership in the background taking off, abandoning him on the desolate planet. In ceremonial fashion he drinks a mysterious ooze and while his body decomposes, falls over the cliff side into the water. We watch his DNA blacken, unzip, recombine, and begin a new chain of events. One man to fill a world with life. 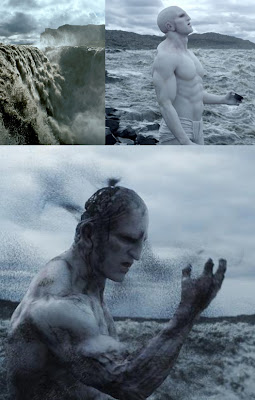 I shouldn't need to point out the prescience of this opening scene...it's death & rebirth oriented and has echoes of Scott's real fate.

Bridge symbolism....
Never Bet The Devil Your Head. This is Poe's most gruesome portrayal of Masonry and has some parallel to a well-known Masonic story - Kipling's "The Man Who Would Be King" in which esoteric bridge-symbolism forms an important backdrop. The man does not take the advice Poe's story offers and looses his head on a covered bridge. Royal Arch Masonry is obsessed with bridge symbolism (Princess Diana was murdered under a covered bridge*) to the same extent that the Masonic grade of Ninth degree is up to it's neck in decapitation ritual.

*sacrificed on the 109th anniversary of the first Jack The Ripper killling @ an old Merovingian sacrifice site!

Which is partly why the controllers hanged Calvi (P2 masonry) off of Blackfriars Bridge in the Early 80's and stuffed his pockets full of bricks (masonry).

Oops... In the 2009 film The Imaginarium of Doctor Parnassus, the character of Tony, played by Heath Ledger, is found hanging (alive) under Blackfriars Bridge, described by director Terry Gilliam as "an homage to Roberto Calvi". 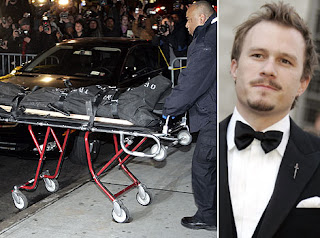 Ledger was in the previous Batman movie 'The Dark Knight' as 'The Joker' or more fittingly 'the fool' of the tarot and in Gilliam's film just before his suspended body is found the 'hanged man' card is shown by Dr Parnassus, this was his last movie, which obviously makes sense. 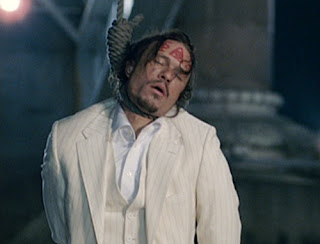 Under Blackfriars Bridge....like Calvi. (P2 called themselves 'frati neri' or 'black friars' geddit?) Notice the all seeing eye on his forehead!

“Esoterically, the Hanged Man is the human spirit which is suspended from heaven by a single thread. Wisdom, not death, is the reward for this voluntary sacrifice during which the human soul, suspended above the world of illusion, and meditating upon its unreality, is rewarded by the achievement of self-realization.”
- Manly P. Hall, The Secret Teachings of All Ages

They also had Heath play 'The Widow's Son' aka Ned Kelly....the widow obviosuly meaning Isis, after Osiris was murdered by Set...the mason's are also known as 'the sons of the widow' for that very reason.

He was earmarked for the role of Hiram Abiff/Osiris in Disney's upcoming new movie 'Where's The Bloody Architect?'....but of course, I jest.

Posted by Horselover Phat at 15:18