How's Annie? - Are You OK, Annie? A Smooth "FBI" Criminal

Just for some more Twin Peaks "mash-up" fun...and to pass the time.

"I’m starting with the man in the mirror..." (appropriately) 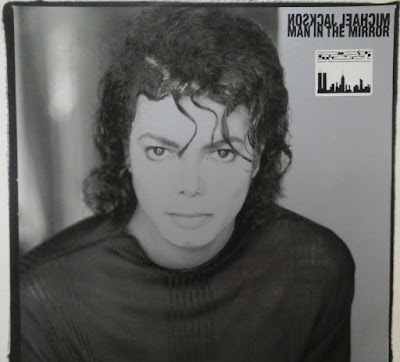 I’m asking him to change his ways.

Smooth Criminal
As he came into the window. It was the sound of a crescendo.

(it's a window, but implied as a mirror) 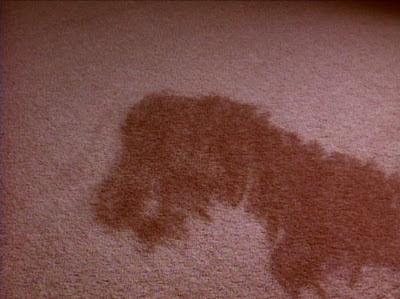 She ran underneath the table. He could see she was unable

So she (Annie) ran into the bedroom. She was struck down, it was her doom.

("b") Let him (moonchild) learn to (moon)walk backwards.

This Jackson "Dangerous" teaser was directed by Lynch, and around the time of FWWM.

It's Black Lodge, Mike.  Red curtains and fire.
Are those sycamore trees? 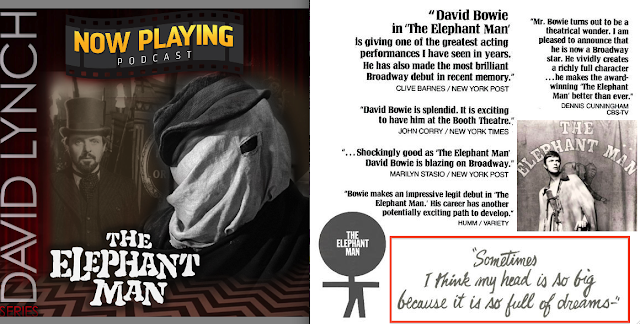 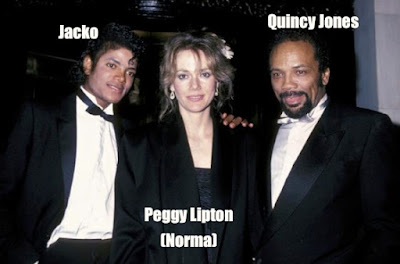 In the final episode of Twin Peaks, Cooper enters the evil Black Lodge to rescue his love interest, Annie (Blackburn).

The "lightning zig/zag lodges"
We've tied this concept to the 'tree of life' and 'lightning flash of creation/flaming sword' (aka 777).

Station to Station - Sphere to Sphere

Oz/Aus and red shoes (see below) resonant, Bowie.
Jackson, was a Black Star, probably the most famous "black star" that has ever lived!

777 Bowie, the (Ziggy-Zaggy) Starman from Mars - Jackson, from the Moon.

Bubbles the monkey. 777 Jackson was linked to Oz (Judy) - via The Wiz. It used silver shoes (above).
Quincy Jones was the musical supervisor and music producer for the film - his first time working with Jackson. 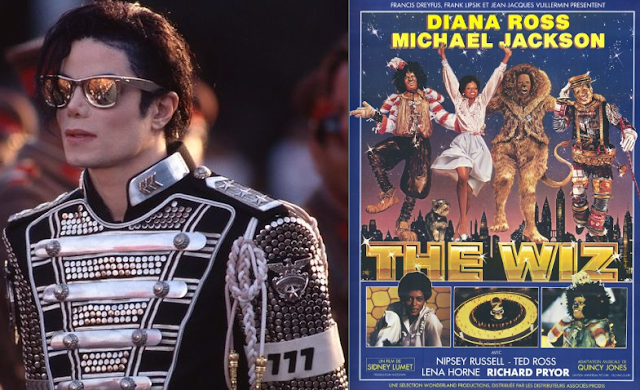 The flaming sword (lightning) and the tree of life. A composite Archangel 'Hod' Michael? 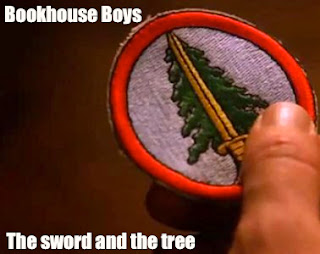 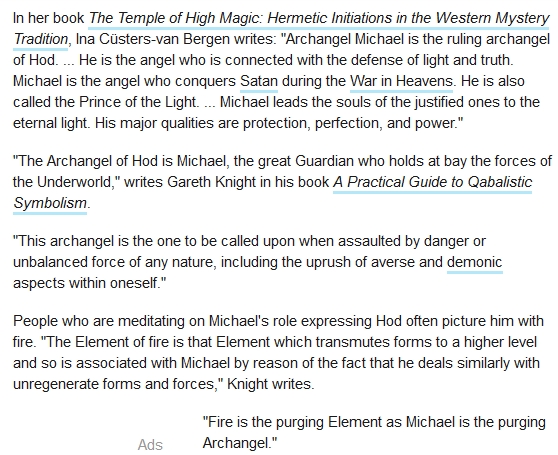 Fire and the 777 flaming sword/lightning. The dweller on the threshold - the demonic shadow self. 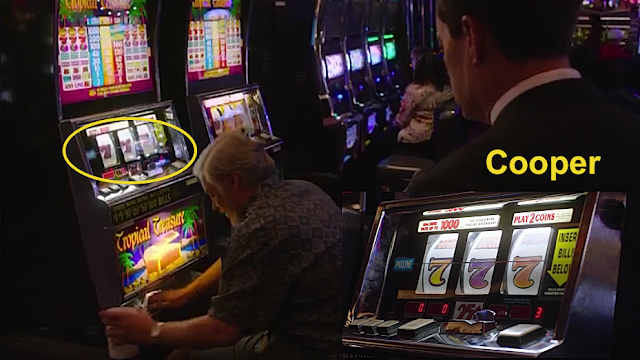 Burst into FIRE and Angels.
The angel does end up helping her, as we're shown. Leading the souls to the eternal light. (see text above) 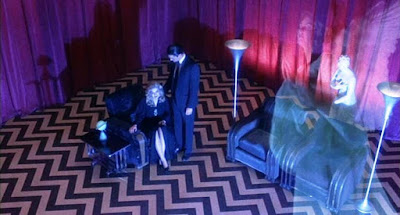 Remember, the "sycamore" was sacred to Isis (Egyptian Goddess), which stood between the worlds.

Michael & Egypt
Jackson with "Isis" wings. Bowie's wife Iman, played Egyptian Queen 'Nefertiti' - Remember the Time.
Iman, at aged four, was sent to boarding school in Egypt, where she spent most of her childhood and adolescence. 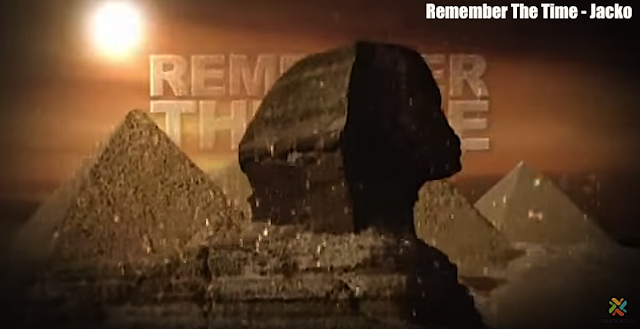 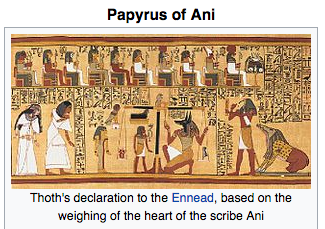 Hermes/Thoth of the green/emerald table(t) - the scribe of judgement via Egyptian Ani.
The weighing of the heart (judgement) via Ma'at. Ani (Annie) and Hearts (CPR). 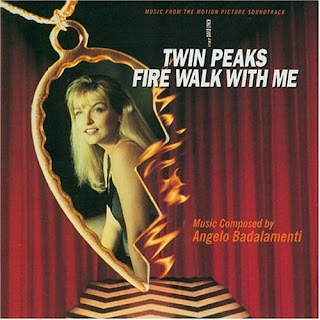 Those who passed the test were sent to the afterlife paradise, those who failed had their hearts (souls) swallowed by the beast Ammit (see above far right, and below), and were recast back into the material world (mortal sphere).
In Egyptian belief the heart was synonymous with the soul. 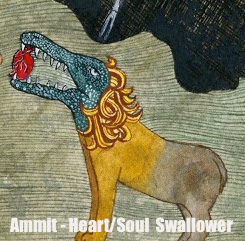 Underworld Beast Bob to Cooper: "He can't ask for your soul, I will take his".

In most modern tarot decks, Temperance stands between Death and The Devil.

Both aspects (above) are very much 'on point' for Twin Peaks and its narrative scope/plot.

The V between the peaks and road, Temperance, he or she guides the souls of the dead to judgement.
In some traditions, Temperance does the judging.
In those schools, the cups in Temperance’s hands are the functional equivalent of scales. 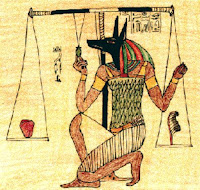 Similar to Maat, Egyptian goddess, who judges the soul’s worth before passing it on to the beasts of the underworld. (black lodge)

I found similar stuff just like this (scales of Ma'at/judgement) in Kubrick's The Shining (inc. feather and heart).

Archangel Michael
The scales were guarded by Black Anubis (Jackal/Jacko). Anubis god of the underworld (under the sycamore). 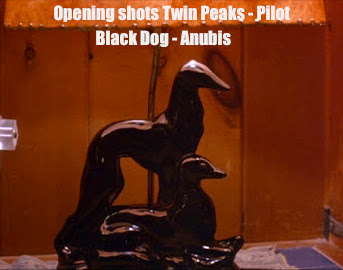 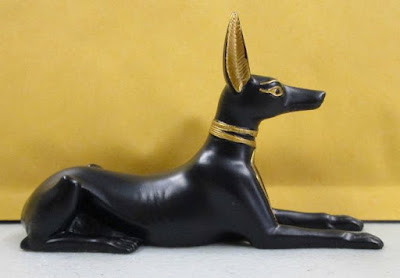 Diamond Dog (Star) Bowie. Anubis (like Isis) is linked to (diamond) Sirius/Canis, the dog of Orion/Osiris

The Sphinx is often compare and linked with Anubis - it's posture and form is one of the indicators. 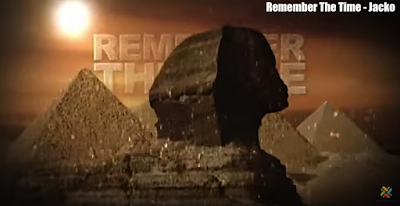 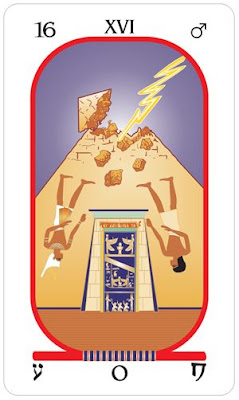 The Lightning-struck Tower (Egyptian tarot). Struck on the crown/apex/peak.

The Straight Story - to HIStory: Past, Present and Future, Book I. 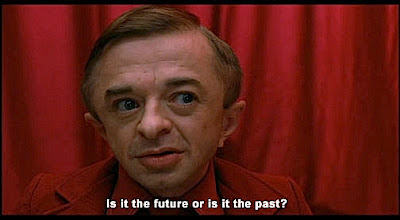 Michael Anderson to Michael Jackson. An Egyptian bust that bears an uncanny resemblance to Michael.

Michael Jackson, Egypt - Remember The Time
Also features Eddie Murphy and Magic Johnson, the latter being a name to literally conjure with - and I mean "Johnson", as in "one-eyed Jack" - a sexual euphemism. :)

Posted by Horselover Phat at 18:57